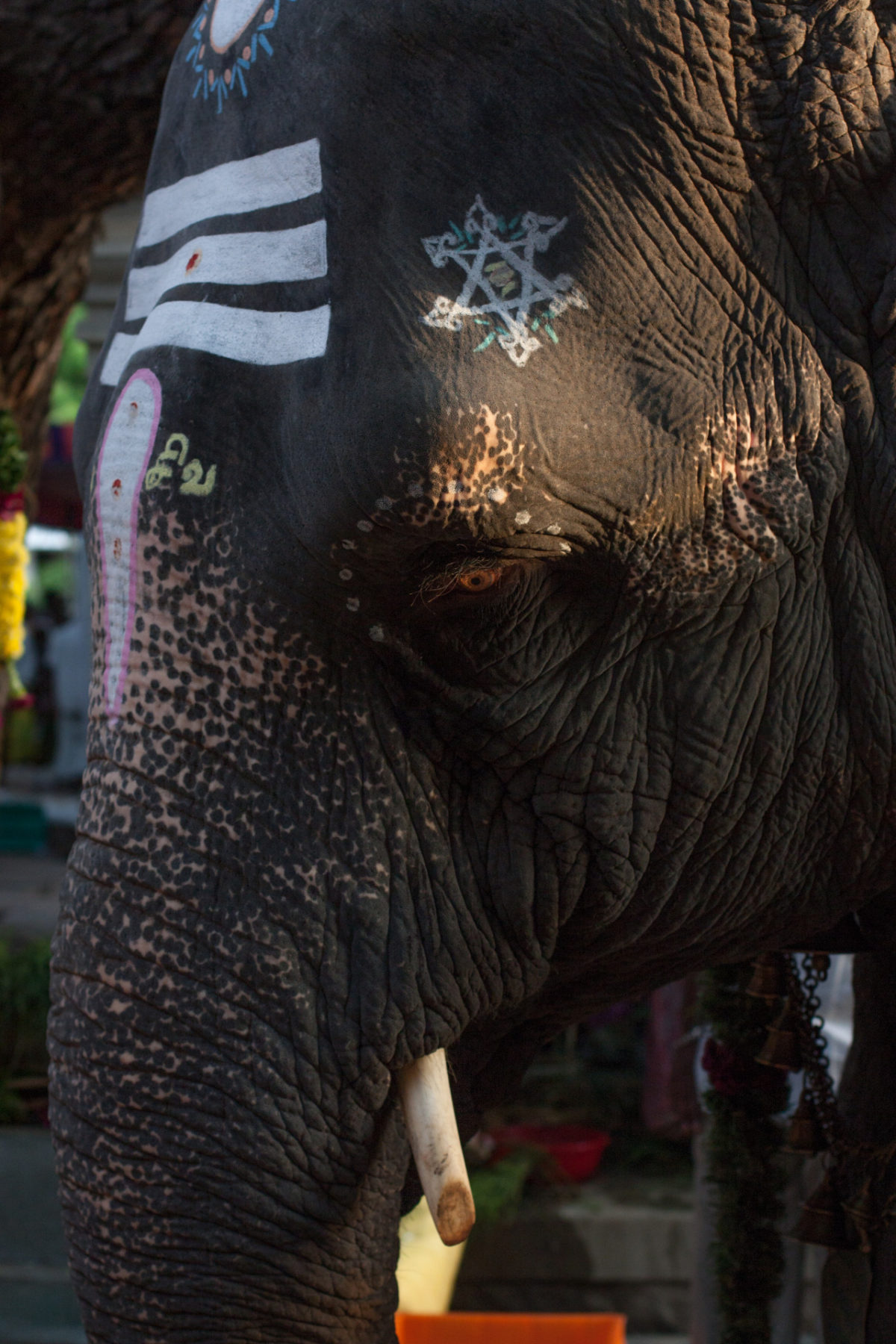 I settled into a late afternoon routine during my two weeks in Pondicherry. At around 5 p.m., I would leave my guesthouse, spend a few minutes at the Manakula Vinayagar Temple and then head to the Aurobindo Ashram. I never actually stepped into the altar of the temple, though.

I stopped by for Lakshmi, to watch her bless one person after another. She glanced around with a sort of tired beauty at adults and children alike, and reacted similarly whether they requested her blessing or shied away in fear. She swung her trunk out and waited for the devotee to step forward and place their offering. Once the money was placed, she’d lift her trunk up and bring it back down to gently tap the devotee’s head.

One day, I set on my walk earlier than usual and saw Lakshmi on a walk as well. It was a great sight: an elephant walking down the streets of Pondicherry knowing exactly where to go, but pacing herself so as to not outrun her much smaller caretaker.

“I saw you on the way,” her caretaker told me later that day at the temple. “But we couldn’t stop and talk. Once she gets on the road, we head straight to the temple. No stopping.”

He told me that Lakshmi stayed a short distance from the temple in a large room that was built for her. Since there were no rivers nearby, he used a motorized spray to bathe her before temple duty. The duo has been at the Manakula Vinayagar Temple for the past eighteen years, three-fourth of Lakshmi’s life so far. I asked him if Lakshmi got time off from her job at the temple.

“Every December, she goes on a vacation of 48 days to Mettupalayam with all the Tamil Nadu temple elephants.”

“Does she ever get bored at the temple?”

“No, she’s very jolly here,” he said. “She is one with the people around her.”