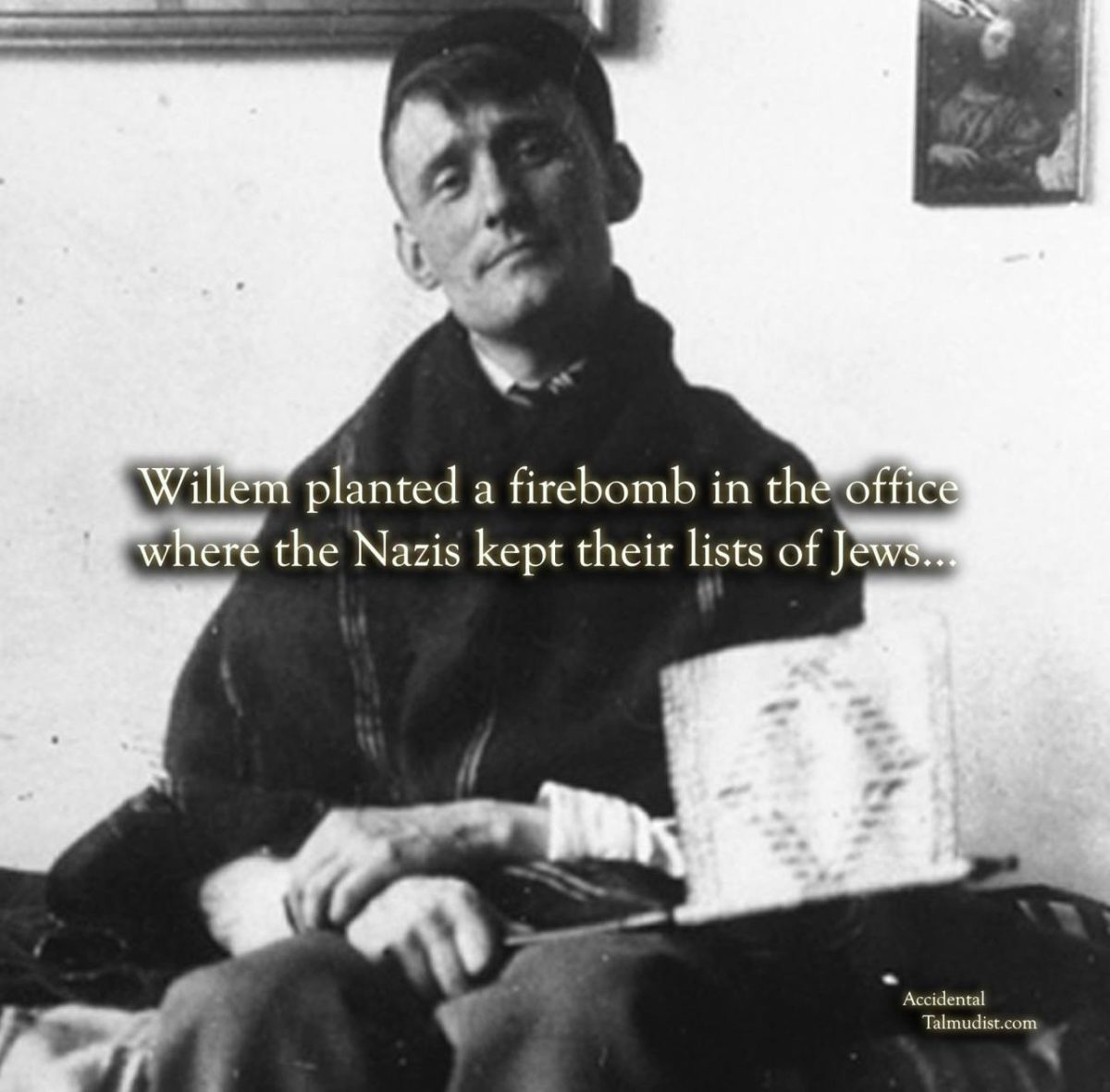 Willem Arondeus was a Dutch resistance fighter who gave his life trying to protect his Jewish countrymen from the Nazis.

Born in Amsterdam in 1895, Willem was one of six children. From a young age, he was a talented artist and his parents encouraged his creativity, until he came out as homosexual at age 17.

In a time when nearly all gay people were in the closet, Willem’s parents could not accept his choice to live openly. Their rejection led Willem to run away from home.

On his own, Willem took odd jobs and eventually became a successful visual artist and writer. He was commissioned to paint a mural for Rotterdam’s town hall, in a style that combined modern abstract painting with a traditional Dutch motif. Willem was a well-respected author who published a popular biography of Dutch painter and political activist Matthijs Maris.

In 1940, Germany invaded the Netherlands. Willem immediately joined the resistance movement, and urged his fellow artists to fight against the Nazi occupation. WIllem published illegal anti-Nazi pamphlets calling for mass resistance against the Germans.

Willem was especially committed to saving Amsterdam’s Jewish community. Bringing in others to the cause, Willem arranged for Dutch Jews to be hidden in people’s homes. He used his artistic skills to create false identity papers.

In 1943, Willem hatched a brazen plan. Dressed as a German Army captain, and with 15 men behind him, Willem boldly marched into the Public Record Office, where lists identifying people as Jews were kept. Willem drugged the guards and planted a firebomb. The resulting blaze destroyed tens of thousands of documents, and delayed or prevented many Jews from being identified by the Nazis.

Unfortunately, Willem was captured by the Germans and sentenced to death. Willem’s last words before being executed in July, 1943 were, “Let it be known that homosexuals are not cowards.”

In 1986 Yad Vashem recognized Arondeus as Righteous Among the Nations.

Because of his sexual orientation, Willem’s story was omitted from Dutch history books. Only in the last 20 years has his courage become widely known.

HE WAS PART OF A TEAM

A concerted operation was underway to hide Jews among the local population, with various underground organizations preparing forged documents for Jews. Arondeus was a member of one such group, Raad van Verzet (Resistance Council), which also included openly lesbian cellist and conductor Frieda Belinfante and typographer Willem Sandberg, then curator at Amsterdam’s Stedelijk Museum. (x)

“openly lesbian cellist and conductor frieda belinfante”, huh wonder if she was as rad as that sounds

PLOT TWIST: SHE WAS

she actively forged documents, helped organize the bombing effort mentioned above, dodged arrest by disguising herself as a man for three months, and ultimately had to cross the alps on foot in order to escape across the swiss border.

after the war, she founded the orange county philharmonic orchestra (the second-ever orchestra ensemble in the world to be longterm conducted and managed by a woman) which funded itself through donations so it could give free public concerts. (x)

(not to take away from willem’s story, because that is also badass. but they were BADASSES WHO FOUGHT THE POWER TOGETHER, what is better than that.)