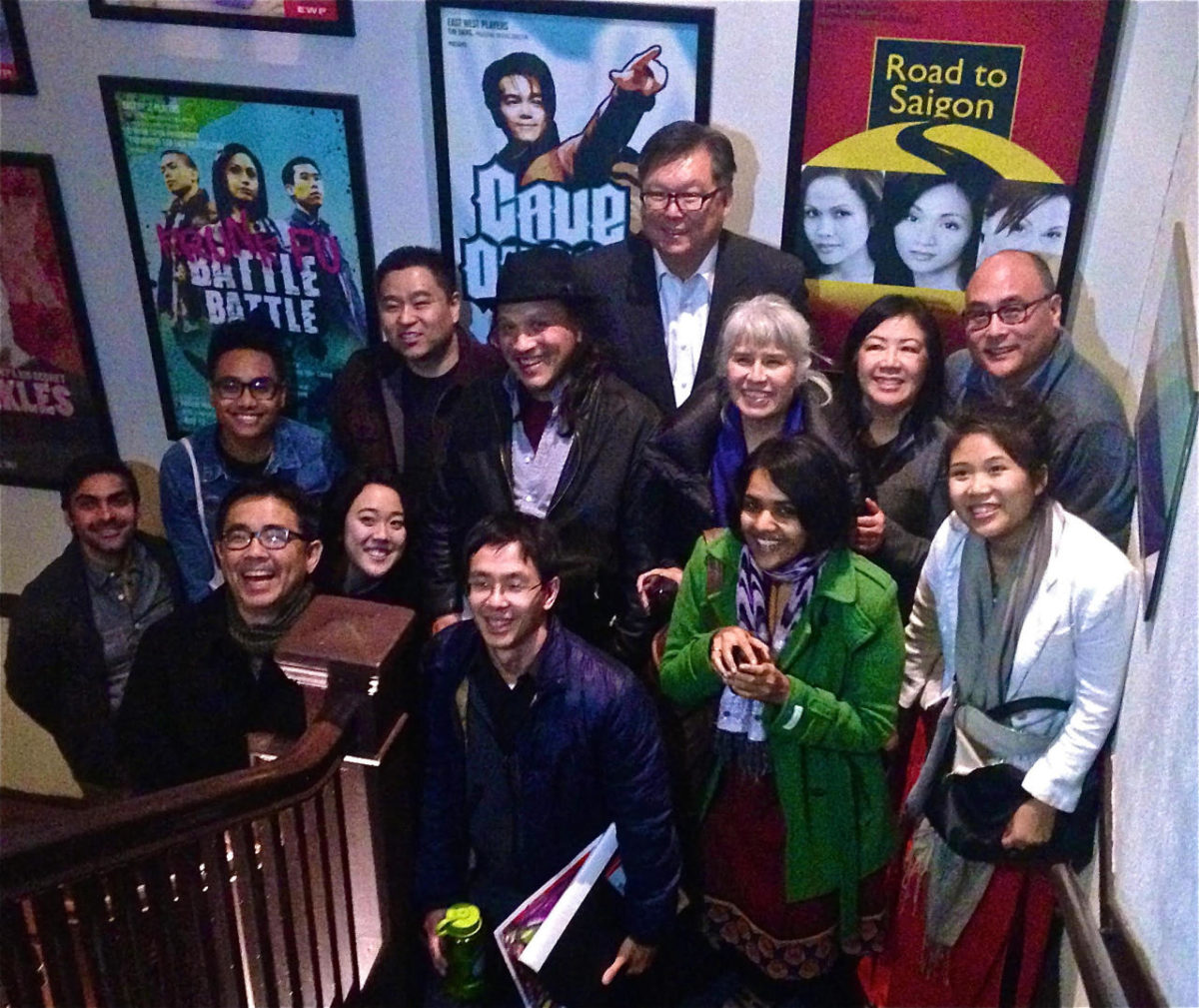 What’s the tumblr equivalent of a latergram? This was from last Wednesday, December 16, when my playwriting class presented an evening of excerpts from their new plays at the East West Players David Henry Hwang Theatre. Very grateful to this amazing group of human beings for helping me create a safe, productive, nurturing environment. We started in September and worked for around 12 weeks on developing new plays. It was tough but so rewarding. It was my first go-around at being a playwriting instructor (as opposed to being a theatre history instructor at USC) and I learned a lot. Looking forward to my next opportunity to do it again.

I got a call from XYZ Theater Company today- those calls you get thanking you for your support in the past and don’t you want to become a member or donate today?

“I see the last show you saw here was two years ago…what’s been going on? Why haven’t we seen you?”

“You’ve been producing a bunch of plays by white guys and it’s not interesting to me anymore.”

This is not the first time this has happened. I got a call a while back from MCC who asked what I thought of their seasons and I said “There’s too much LaBute.”

When these theater solicitors call you, I want to encourage you to talk with them. Tell them you want more diversity. Tell them you’re looking for more representation onstage. If they’re doing a good job of it, tell them so. (I took a call from Manhattan Theater Club and they asked why I’d seen Airline Highway and I said “because it was the only new play by a woman on Broadway.”) They are most likely writing this down. * Don’t hang up and don’t be rude about it- it’s not the call center person’s fault- but be polite and firm and tell them why you are or aren’t spending your money with them.

Maybe if enough people say something, it’ll make the higher-ups look at why we buy our tickets the way we do.

*I had this job once. There’s a space in each potential donor’s box for notes, where we’d write down preferences and any other relevant information to go into their file.

Last night I got to meet Callie Kimball, whom I’ve known through Twitter for maybe almost three years now, and as with most of my online friends it just felt so natural and easy to talk to her in person. I also got to go for the reading of her play ‘Swallowed Fire’ done by the Absolute LA Theatre company in NoHo. This is the second reading in a row I really enjoyed myself at. So funny, so charming, so sweet, so melancholy. A woman goes down in a submarine and is forced to confront her worst fear in that underwater, claustrophobic space- her mother (in a box). The love triangle in the submarine was so delicious, so much fun, I want to write something like that too. Soon. It’s a work-in-progress, so I emailed her my thoughts later, and the structure of her piece made me think of the structure of A Nice Indian Boy- the importance of the launch, the inner life of the protagonist, and how far you can push them.

The reading was produced by Callie’s Twitter friends too. The Internet is such a wonderful thing.

The curator of the awesome site Dark, Lovely and South Asian shared this quote on Facebook today, and it kind of blew me away. I’ve been struggling with artistic statements for grant applications for the past couple of weeks, and this quote comes along and just… says it.

“You guys know about vampires? You know, vampires have no reflections in a mirror? There’s this idea that monsters don’t have reflections in a mirror. And what I’ve always thought isn’t that monsters don’t have reflections in a mirror. It’s that if you want to make a human being into a monster, deny them, at the cultural level, any reflection of themselves. And growing up, I felt like a monster in some ways. I didn’t see myself reflected at all. I was like, ‘Yo, is something wrong with me? That the whole society seems to think that people like me don’t exist?’ And part of what inspired me, was this deep desire that before I died, I would make a couple of mirrors. That I would make some mirrors so that kids like me might seem themselves reflected back and might not feel so monstrous for it.”