Ladies and Gentlemen, on your right you’ll see a Shakespearean actor and a highly respected film/TV director together in their natural habitat…

Disco Snuffy has entered the building.

which one’s the playlist for “not living up to songza’s expectations for my life”? 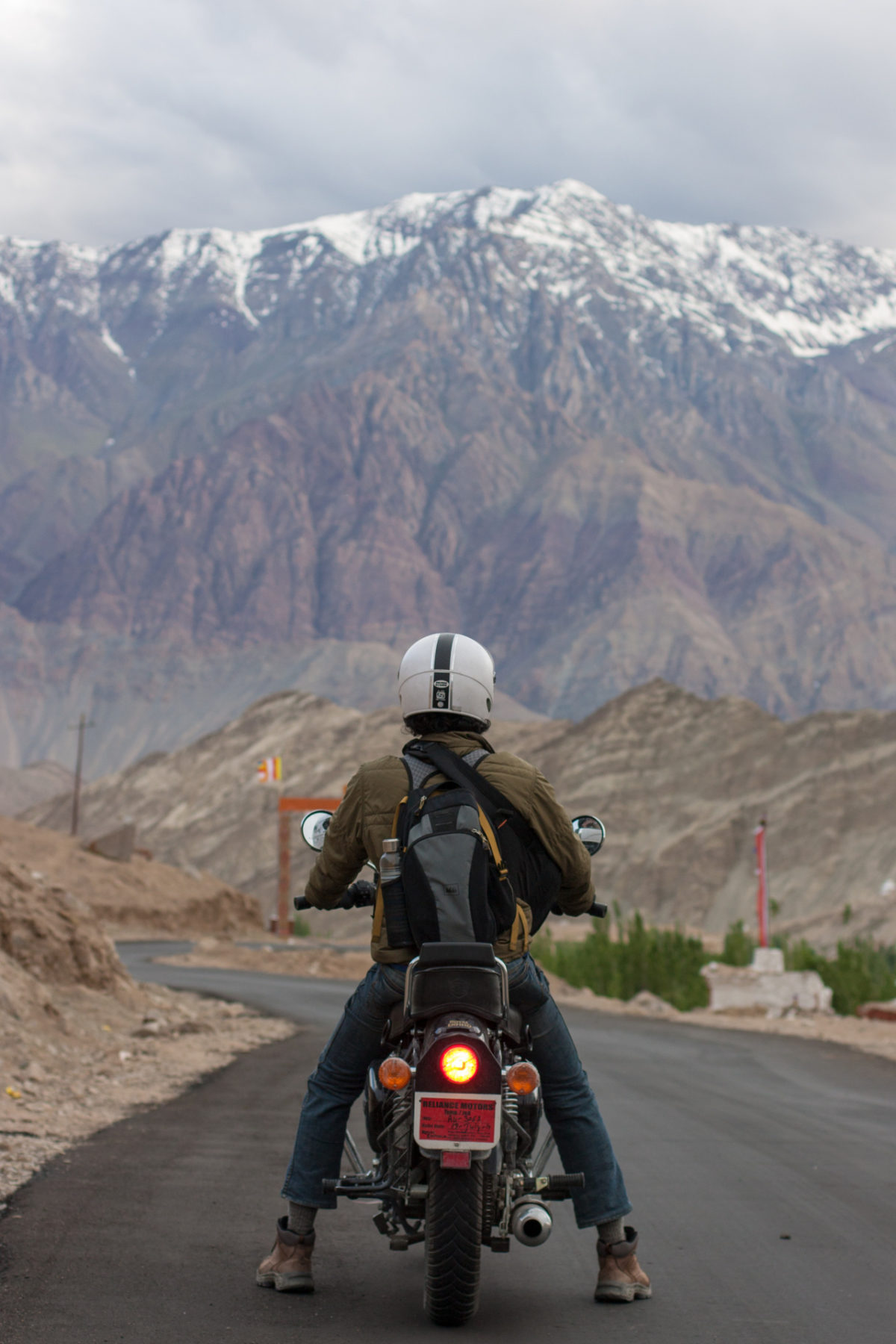 My brother’s awesome adventures in India! Follow him for all his updates.

I was having breakfast in Leh when I saw Erwin filming something with a DSLR.

“I’m trying to shoot the smoke from that agarbatti there,” he said.

As we got talking, we realized that we had followed surprisingly similar paths. We had both worked in tech in the US, and had left our jobs to travel. We both had cameras on us and were working on independent projects. He was capturing, on video, movements in Ladakh, and I was capturing the photos of people I met in the region.

“I wish I had met you earlier,” he said. “I leave tomorrow.”

“Well, what are you doing today?” I asked.

“Have you ridden pillion?” Erwin asked as he revved the Enfield.

“Not recently,” I said, as I fiddled with my helmet.

“Well, just don’t hold on to the back of the bike. Makes it hard to balance.”

“Got it,” I said, and swung my leg over the seat to get on. I missed the footrest on the other side, lost my balance and knocked my helmet against the back of his.

There was traffic initially but we were soon cruising on National Highway 1 towards Likhir Monastery. It was a location-scouting ride; we kept our eyes open for photo-ops and stopped whenever we saw something worth capturing.

On one of the breaks, I asked Erwin what he felt was the major difference between shooting video and taking photos.

“When you’re shooting video, you’re looking out for movement, like the fluttering motion of Tibetan prayer flags. You want to keep it simple, though. When you take a picture of a landscape, you can include a lot of detail because the viewer has time to process it. But with a video, you need to reduce the confusion.”

Erwin started his travels in Europe where he spent three months backpacking in the Scandinavian countries. His visa soon ran out, and he headed to Udupi in Karnataka where his parents lived.

“One month became two, two became three and after a while I just wanted to get out. If you have a Western visa, you can go to the Philippines for a couple of weeks. I still had a Canadian tourist visa, so I went. I had wanted to settle down somewhere for a while and do my own thing. Hopping from one place to another was getting tiring. I liked the Philippines. So after those two weeks, I came back to India, and applied for the right visa.”

“This was in February. I’ve got an apartment waiting for me when I go back.”

Me: I don’t like the whole arranged marriage process. It’s like finding a husband through a series of job interviews.
Mom: It is a job! Marriage is like a government job. And the government won’t give you a job after you’re 30.

Is it crass to reblog yourself? I don’t care. This is one of the funniest things my mom’s ever said. 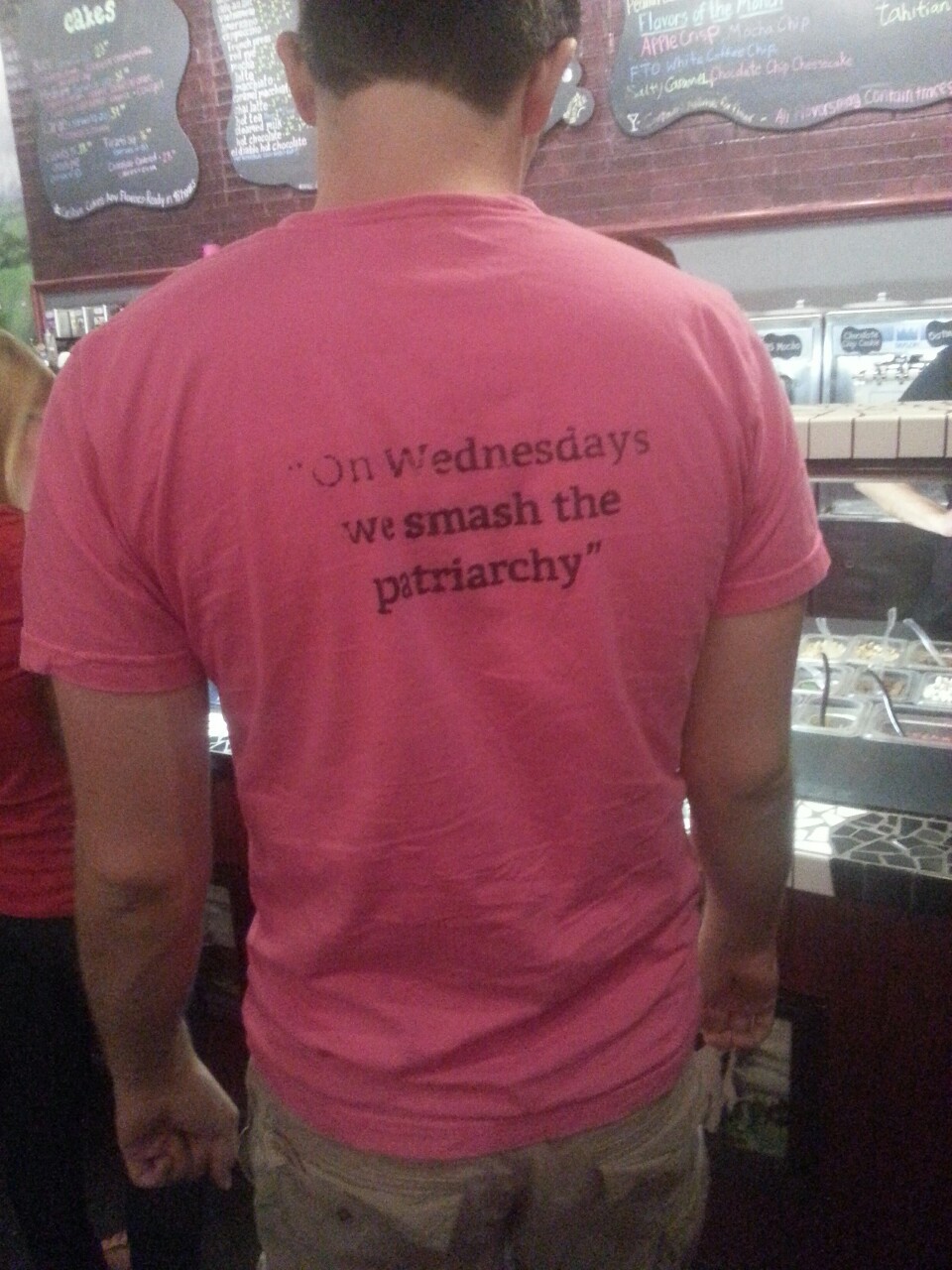 The guy in front of me when I was getting ice cream tonight was wearing this.

Have I finally made it big?

Check out unattributed image for point #3 in this StoryPick listicle.

COOL THING COMING UP NEXT. I’m one of the writers featured in Chalk Rep’s new Flash Theatre production.  Three weekends, Oct 9-25. My short play will be during weekend #3, Oct 23-25. Buy your tickets now before they get sold out!

THIS OCTOBER, Chalk Rep is  teaming up with a brand-new building in Downtown LA to bring back our most popular theatrical event! We’ve invited fifteen Los Angeles playwrights to write 10-minute plays to draw inspiration from the new high-rise at 8th & Hope, and create work to be performed site-specifically in the  building.

Audience members will be led through the building to experience new theatrical works in both public and private spaces, culminating in a rooftop party. And with a new slate of plays each weekend, you can experience it all three times!

All tickets $20. Advance purchase is highly recommended, as audience numbers are limited. Buy your tickets now! 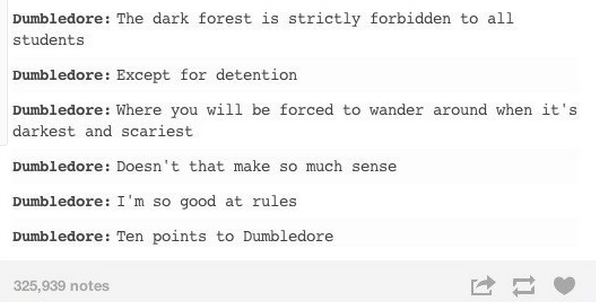